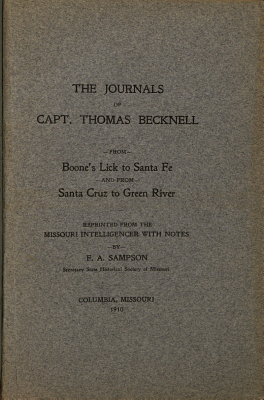 Download or read The Journals of Capt Thomas i e William Becknell from Boone s Lick to Santa Fe and from Santa Cruz to Green River PDF, written by William Becknell and published by . This book was released on 1910 with total page 24 pages. Available in PDF, EPUB and Kindle. Book excerpt: 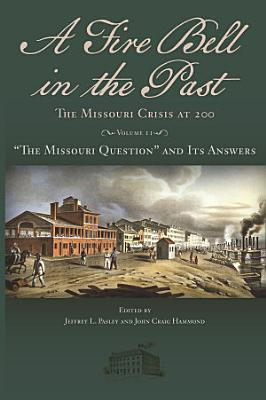 A Fire Bell in the Past

Download or read A Fire Bell in the Past PDF, written by Jeffrey L. Pasley and published by University of Missouri Press. This book was released on 2021-12-31 with total page 433 pages. Available in PDF, EPUB and Kindle. Book excerpt: Many new states entered the United States around 200 years ago, but only Missouri almost killed the nation it was trying to join. When the House of Representatives passed the Tallmadge Amendment banning slavery from the prospective new state in February 1819, it set off a two-year political crisis in which growing northern antislavery sentiment confronted the aggressive westward expansion of the peculiar institution by southerners. The Missouri Crisis divided the U.S. into slave and free states for the first time and crystallized many of the arguments and conflicts that would later be settled violently during the Civil War. The episode was, as Thomas Jefferson put it, “a fire bell in the night” that terrified him as the possible “knell of the Union.” Drawn from the of participants in two landmark conferences held at the University of Missouri and the City University of New York, those who contributed original essays to this second of two volumes—a group that includes young scholars and foremost authorities in the field—answer the Missouri “Question,” in bold fashion, challenging assumptions both old and new in the long historiography by approaching the event on its own terms, rather than as the inevitable sequel of the flawed founding of the republic or a prequel to its near destruction. This second volume of A Fire Bell in the Past features a foreword by Daive Dunkley. Contributors include Dianne Mutti Burke, Christopher Childers, Edward P. Green, Zachary Dowdle, David J. Gary, Peter Kastor, Miriam Liebman, Matthew Mason, Kate Masur, Mike McManus, Richard Newman, and Nicholas Wood. 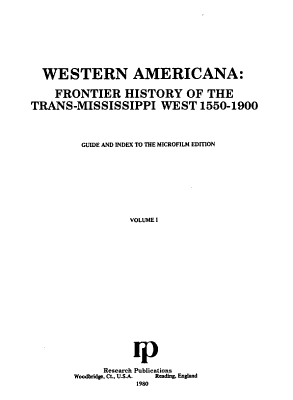